The filmed Wisconsin city police officers shooting of a black man triggered riots and drew national attention. Some people claimed that the mainstream coverage fails to include the Kenosha resident’s criminal record for context.

The film shows Blake, 29, was shot multiple times in the back while trying to get into a car in front of witnesses, reportedly including his children. According to the police, the officers were responding to a domestic disturbance report when the confrontation happened. Mr Blake who was rushed to the hospital is hopeful to survive the shooting by the officers.

This coverage of the incident depicts another reckless police brutality targeting African Americans. The video of the incident indeed triggered a wave of public anger in Kenosha, which fueled night of rioting.

The Wisconsin Circuit Court lists a man with the same name, age and address as the subject of an active arrest warrant, with three charges relating to domestic abuse, including 3rd-degree sexual assault. 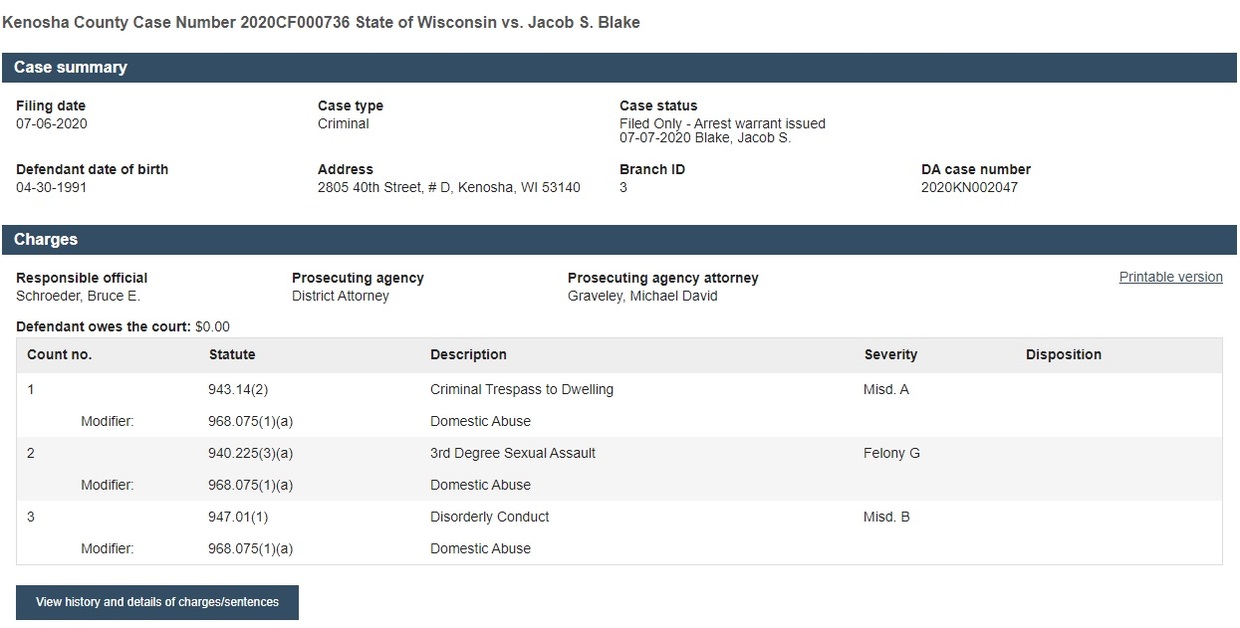 Many supporters of Black Lives Matter protests claimed that bringing up a black person’s criminal record is a dirty right-wing trick, only carried out by apologists for police brutality and does not justify police brutality.

The officers involved have been placed on administrative leave while an investigation into the incident is ongoing as claimed by the Wisconsin Department of Justice’s Division of Criminal Investigation (DCI) claimed in a statement.